Our nation today is not facing a partisan struggle. It is facing a war – a war on us which can only line the pockets of the rich and the powerful, and even the rich and powerful will ultimately suffer along with our nation’s decline. With President Trump’s so-called pro-business agenda, we the people will be stuck with the consequences, business will ultimately flounder, and the earth will be further raped.

The Administration’s attack on us is absolutely without conscience, and yet it is being paraded before us as an effort to bring jobs to desperate people. Hogwash! All the deregulation of the coal industry will not bring back “Big Coal,” as even the leader of the largest coal company recently acknowledged. Polluting the rivers and streams of our land won’t put cash in the pockets of American workers. Deregulating Wall Street won’t make us safe from the shenanigans that decimated our economy, our savings and our lives during the Bush administration. Attacking internet privacy only benefits companies willing to invade our privacy for their profit. Gutting health and human services to pay for a wall with Mexico deprives us all of wellbeing. And the proposed Trump budget slashes services to our health, education and welfare. Oh, yes, and let’s not ignore his attack on a free press.

Wake up America! It doesn’t matter whether you are a Republican or Democrat, a city dweller or an inhabitant of a rural area, a Trump supporter or an advocate of Bernie Sanders, we the people are being attacked by an administration that puts business interests above everything. Or is it just his interests? Sure he admits he’s lining the pockets of business but he claims it’s for our benefit. Not hardly. Don’t we know that businesses’ interests are are not necessarily for our good? Or have we forgotten the lead industry praised the value of using lead in our pipes, even though they KNEW that lead was damaging to our health? Have we forgotten that the chemical industry pushed the use of teflon in our cookware, even though they knew it was poisoning us and the earth? And don’t we remember that the auto industry calculated that it would be cheaper to pay out legal damages than change the automotive parts that killed us?

This is not a “Trump” administration. It’s a pro-business administration. And ironically, it’s not even a pro-business administration. It’s an administration that unabashedly supports business in its least accountable form. There are many business people with a long view: a view that says workers need to be well and healthy, that consumers need income to buy products, that our land must be protected or it won’t continue to support us and that we all need a healthy global economy that supports a healthy and productive global population. And, yes, there are business people who understand that automation will decimate our workers unless we co-create a new, green economy where we are trained for 21st century jobs. But that’s not what we see in our government.

This is war, and it’s time for us to face the reality that the war is against us. When the Secretary of State is a former Exxon CEO who knowingly deceived the American public for years about the reality of climate change, when the friends of pollution are put in charge of the environment, when Congresspeople cavalierly put forward a slapdash healthcare program that would eliminate healthcare for 24 million people in the next ten years, when associates of our President have colluded with the corrupt and tyrannical Putin government, where does it end?

It ends with us.

Beth Green is founder of TheInnerRevolution.Org, host of Inner Revolutionary Radio on VoiceAmerica.com and creator of Beth Green TV & Radio on YouTube. You can download a free version of Beth’s book Living with Reality at www.theinnerrevolution.org. And follow us on Facebook and Twitter where we’re building an online community of people who are fighting for a revolution toward Oneness, Accountability and Mutual Support. 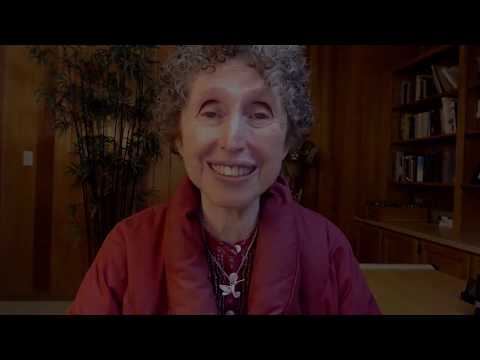